Established by Paul and Ruth Gorman in 1985, the family farm at Cardinal Point lies in the rural foothills of Virginia’s Blue Ridge Mountains. A retired career Army officer, Paul and his family have fond memories of their time stationed in the small German city of Bad Kreuzbach, on the banks of the Nahe River. It was there that Paul and Ruth discovered their interest in wine, falling in love with the region’s carefully crafted Rieslings, grown in small family-owned vineyards. Upon Paul’s retirement, the Gorman family settled in Afton, Virginia at Cardinal Point and soon after planted four acres of vines, featuring their beloved Riesling as well as Cabernet Sauvignon.

While eldest son John oversaw the renovation of the old farmhouse on the property, daughter Sarah and youngest son Tim tended the vines while home from school during the summers.

Tim began working as the full-time Vineyard Manager in 1989, and over the years he has expanded the vineyard to 15 acres, focusing on a range of Vitis vinifera vines. In 2002, Paul and Ruth finally realized their dream of establishing a winery on the premises. Since then, Tim has served as the winemaker at Cardinal Point, in addition to tending to his other duties around the farm. The rest of the family also share responsibilities in the enterprise. John, an architect, designed the winery buildings; Sarah handles business concerns while Tim’s wife, Susan, manages the Tasting Room.

The Gorman Family invites you to come and visit the farm and enjoy a glass in the tasting room, take a tour of the winery and see the vineyards that produce their award-winning wines. While you sample the fruits of their labors, they’ll tell you how Cardinal Point got its name, and the meaning of the phrase “These are my credentials” seen on the bottle. 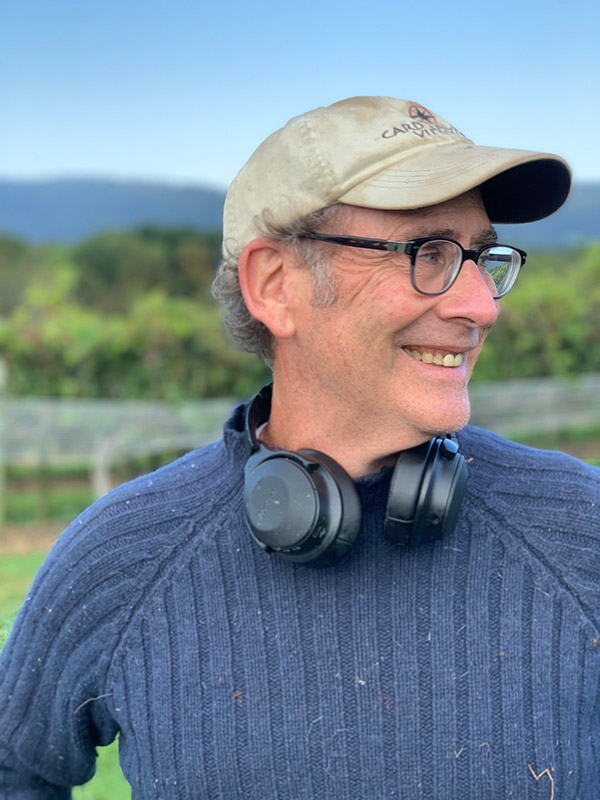 After his time at Tech, Tim returned to the vineyard and began experimenting with trellising systems, as well as adding acreage and more grape varieties to the farm at Cardinal Point. Over years, Tim has earned a reputation as an expert and innovator in his field. He served as President of the Virginia Vineyards Association from 2000 to 2002 and was also appointed to the Governor’s Wine Study Commission.

In 2002, the Gorman family decided to open their own winery. Tim’s years in the vineyard as a respected grape producer have served him well as Winemaker at Cardinal Point. The quality of the grapes has everything to do with the quality of the wine, and his award-winning vintages are evidence of his skill both as a grower and as a vintner. He looks forward to sharing his wines, talking about life on the family farm, and answering your questions when you visit.